A discussion on the weeks events in business and politics

Discussion on The Hill TVs RISING with Krystal Ball and Saagar Enjeti on October 29, 2019

Farvahar Partners CEO Omeed Malik on the Federal Reserve, the markets and U.S. trade talks with China on @MorningsMaria 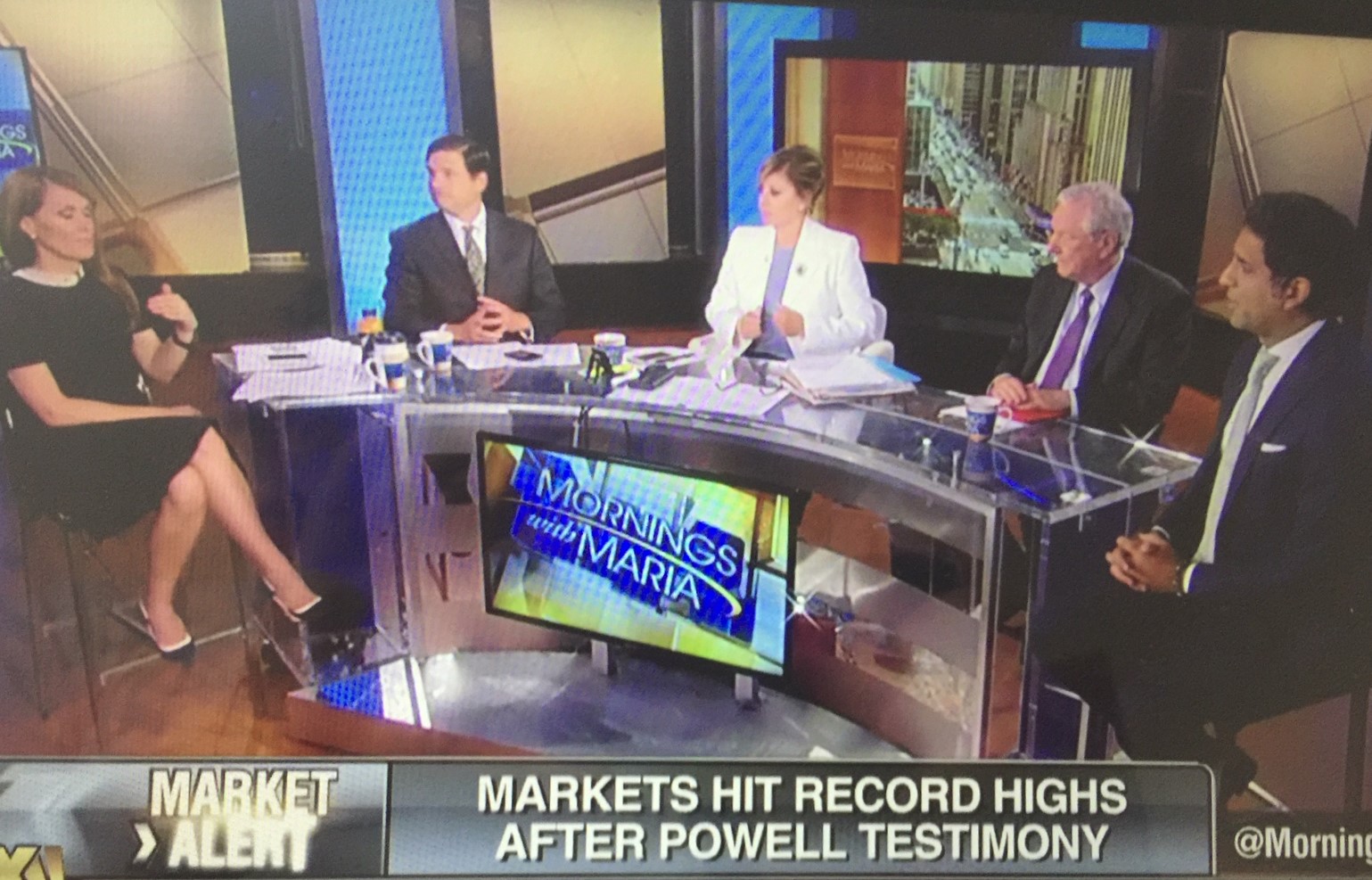 Farvahar Partners CEO Omeed Malik on the Federal Reserve, the economy and how the government can boost private sector innovation to drive U.S. economic growth.

Omeed Malik hosted Congresswoman Tulsi Gabbard, a contender for the Democratic nomination for President, 2020 at the Core Club in New York City in June 2019. The event was attended by professionals in business, law and entertainment and the Congresswoman offered clear expositions on national issues and answered questions from the audience. 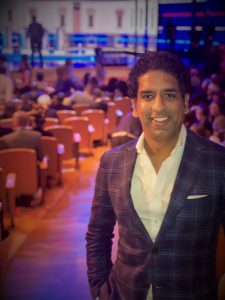 Attendees were asked to contribute individually to her campaign.

UC Berkeley hosted an intimate discussion in San Francisco of the critical issues, technologies, and policies that drive financial fraud around the world in April 2019. The conference entitled “Fraud in the Bull Market“. 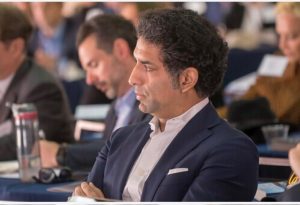 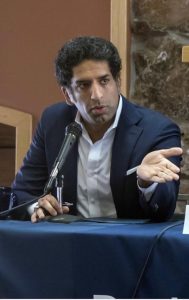 Farvahar Partners was a sponsor of the Conference at the University of California, Berkeley Center for Law and Business.

Omeed Malik moderated a panel discussion on Event Driven Investing at the SALT Conference  in Las Vegas, May 2019. Lara Logan, the celebrated television and radio journalist and war correspondent, introduced the panel. The topic was entitled “Investing with a Catalyst: Special Situations and Event Driven Opportunities.” 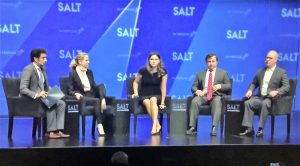 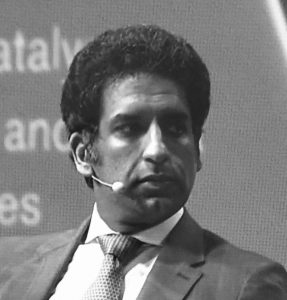 TRADING SURGE IN THE ‘SHADOW MARKET’ OF PRE-IPO STOCKS

May. 01, 2019 – In a FOX Business exclusive, Omeed Malik, Founder and CEO of OmeedMalikAdvisors and Farvahar Partners, discusses how his boutique merchant bank is investing in both public and private marketplaces.

Omeed Malik, a former Bank of America prime-brokerage executive who is widely known in the hedge fund industry, has started a merchant bank to invest in early-stage businesses and alternative-investment funds.

Malik and Voboril have capitalized the business in part with the proceeds of legal settlements each of them won last year from BofA after filing wrongful-termination claims with Finra. Malik, who headed prime-brokerage sales, capital introduction and hedge fund consulting at BofA, was dismissed in January 2018 for reasons he sharply disputed. BofA agreed to settle Malik’s wrongful-termination case for a reported eight-figure payment.

BofA dismissed Voboril in February, allegedly for interfer­ing in Malik’s case. He, too, vigorously contested the allegations and subsequently won a seven-figure settlement, according to a source familiar with the case.

Farvahar appears to have millions of dollars to invest, and Malik isn’t seeking to raise outside capital for his business. The firm, which has begun operating under a broker-dealer license it obtained in January, already has inked a few deals with tech­nology companies.

When it comes to raising third-party capital for the busi­nesses Farvahar invests in, Malik plans to draw on an extensive network of industry contacts he developed during six years at BofA and, before that, at MF Global. In particular, he sees an op­portunity to raise capital from hedge fund managers who want to boost the returns of their stock portfolios.

At the same time, Malik and Voboril are looking to take lim­ited-partnership stakes in alternative-investment funds, with a focus on private equity vehicles and niche hedge fund strat­egies. They would also help the fund managers market their vehicles, in part by tapping a wide network of investors they worked with at BofA.

Malik oversaw dozens of staffers within BofA’s prime-bro­kerage group, including all client-facing positions, making him one of the highest-profile executives in the field. He even made a cameo appearance on the hit HBO series “Billions.”

At the start of 2018, Malik reportedly was making plans to leave BofA and launch his own hedge fund-consulting business when the bank fired him for alleged inappropriate conduct with a female employee. Lawyers for both Malik and Voboril said they were dismissed in retaliation for complaining that the bank’s head of prime brokerage, Martina Slowey, lacked the Finra li­censes required to occupy her post. Malik, who is of Iranian de­scent, also accused the bank of discrimination. He sued BofA for more than $100 million. Voboril sued for more than $20 million.

BofA has denied the allegations and said it acted appropri­ately. Malik and Voboril declined to comment.

While Malik’s Wall Street experience is more on the busi­ness-development side, Voboril has held investment roles at a number of buy-side shops. Before starting at BofA in 2015, he worked as a portfolio manager or analyst at firms including Post Street Capital, Kingsford Capital, Suttonbrook Capital and Thales Capital.

NEW YORK (Reuters) – Omeed Malik, a former Bank of America Merrill Lynch executive, is preparing to launch an advisory firm for hedge funds and other so-called alternative investment managers, according to a person familiar with the situation.

Malik, 38, plans to offer fundraising, marketing, public relations and operational consulting services to hedge funds, private equity, private debt and other strategies that position themselves as alternatives to more traditional investment vehicles, the person said on Thursday on condition of anonymity.

He had been global head of capital strategy at Bank of America’s prime brokerage unit, which serves hedge fund clients. He left on Jan. 9.

Malik hopes to launch his as-yet unnamed New York-based firm in the first half of the year, the person said, and is meeting with potential equity investors and clients. He is also exploring the possibility of a joint venture with an existing business.

Hedge funds, known for relatively high fees and limited access, have faced a more difficult fundraising environment in recent years as their performance has often lagged the stock market and other benchmarks.

Despite the industry’s woes, prime brokerage relationships are highly sought-after by banks for the fees that can be earned from hedge fund trades.